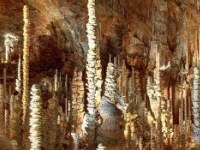 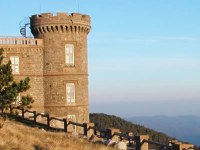 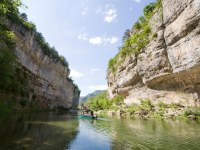 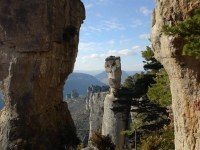 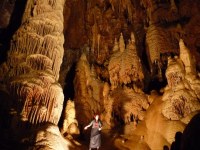 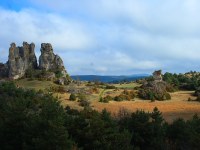 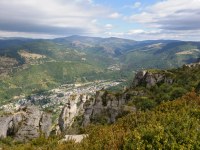 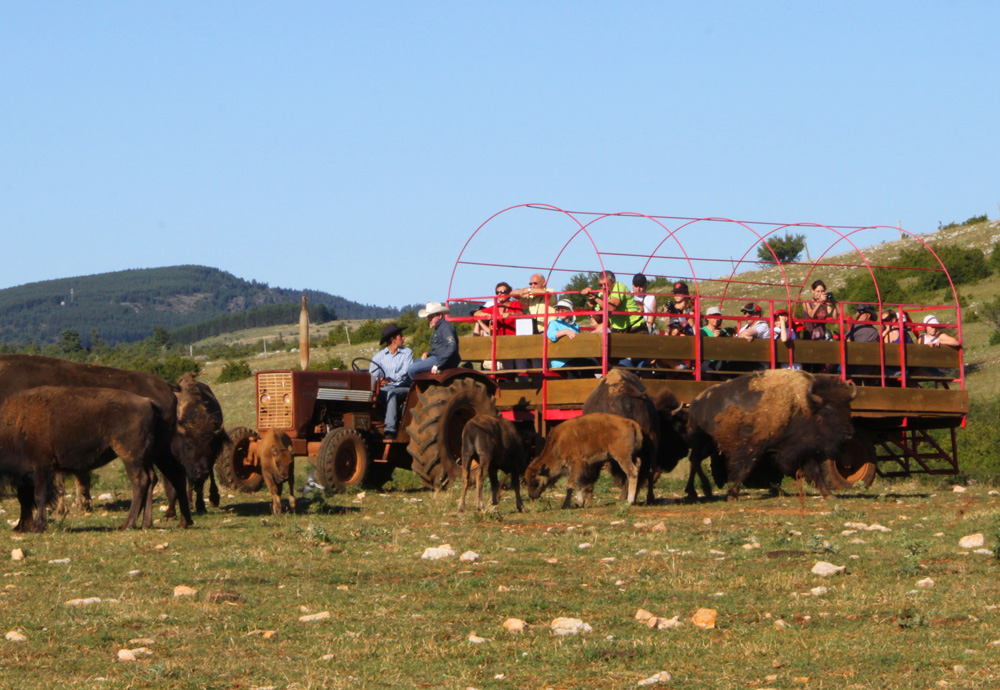 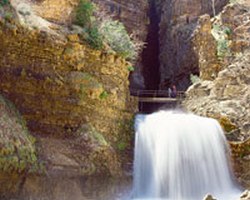 Meyrueis is a mid-mountain village of 800 inhabitants, which is located South of the department of Lozère, South of Central Massif, Occitanie region (Languedoc-Roussillon). The nearest departments neighboring Meyrueis are Gard and Aveyron. The department of Lozère is the least densely populated, with 75 000 inhabitants. Meyrueis is located between Mount-Aigoual (South) and Causse Méjean (North), between the Cévennes and the Causses. The village is also at the crossing of three rivers (Jonte, Brèze and Béthuzon), at the beginning of the Gorges de la Jonte, and 25km from the Gorges du Tarn. Altitude varies between 675m in the valley and 1567m at the top of Mount Aigoual.

An exceptional diversity of flora and fauna is present on this territory which offers changing landscapes. Some of them are even subject to protections as part of Natura 2000 European Program. Fauna is omnipresent with a large variety of wild animals: animals of the forest (deers, hinds, wild boars…), raptors (vultures, eagles…), as well as the Przewalski wild horses. The great time of speleology started here with Edouard-Alfred Martel, who is seen as the foundator of modern speleology (Bramabiau, Dargilan, Aven-Armand).
The area is in the middle of the Cévennes National Park, which is an exceptional environmental space and the only inhabited national park in France. In 2011, the Causses and the Cévennes was added to the UNESCO world heritage list,  as “Mediterranean agro-pastoral cultural landscapes”.

This unique and exceptional natural environment, where tourism started in 1893,  is the starting point of many very popular activities.

Welcome to our vast playground where you will enjoy many sporting activities!

-Hiking
Meyrueis is the ideal starting point for any type of hikes : from small walks in family, to climbing Mount-Aigoual.

Hiking guide books (around Meyrueis) are available at the reception desk.

–Paragliding (in Millau), to discover the Gorges, the Causses or the Viaduc of Millau from the sky

Discover a wild and authentic nature

Mende was chosen twice as the most sporting city in France! Each year, many international competitions take place in Lozère:
– The Trèfle Lozérien (motorbike, end of May)
– The Half-Marathon Marvejols-Mende (a 22.4km race, last weekend of July)
– The 160km of Florac (horse-riding)
– The Tour of Gévaudan (cycling)
– The Gévaudathlon (orienteering and nature raid)
– Cycling race Cycl’Aigoual
– Eiffage race of the Viaduc de Millau course-eiffage-viaducdemillau.org
– The Templiers (Trail)
– The Millau Marathon (100km)
– The route du Sel
– Mount-Aigoual – L’Esperou trail (first weekend of July)

Interesting remains of the past of Meyrueis: The Medieval Quarter of the City, old houses and mansions from the 15th to the 18th centuries, the Saint Pierre Church (1663), the Protestant Octagonal Temple (1804-1842), the Château d’Ayres, the Clock Tower, Roquedols Castle (16th-17th century, carved wooden garden, park with century-old redwoods, now owned by the commune and free access), the Rocher du château (panorama, Notre-Dame sanctuary the Martel Memorial, the remains of the fortress, interpretive panels), the medieval bridges (Bridge of the Six Liards of the 12th century, free access, and the Capelan Bridge of the 12th century, private property, seen from a distance)

Saint Michel’s Fair: it exists since 1229. Come to live the effervescence of the day of valorisation of the local products and crafts, organized by the Brotherhood of the Sausage of grass and the Fricandeau. Every last Sunday in September, throughout the center of Meyrueis.

Festival of Opera of the South: attend the representation of the “Barber of Seville” in the magnificent setting of the Castle of Roquedols de Meyrueis (every day from 01 to 04 September, ).

Visit of farms and dairies: Many local professionals open their doors for births, milking or cheese making.

The Jonte Brexers : Visit of an artisanal brewery, brewing on the spot beers without dyes or preservatives, unfiltered, unpasteurized, this in the nice frame of the last mill that was active in the valley of Jonte, 6km

La Ferme Caussenarde d’Autrefois: Eco-museum that keeps the memory of the past and tells the lives of the inhabitants of Causse Méjean. From mid-March to the end of October, 15km.

Randals Buffalo: Visit on horseback or cart of a breeding of American buffalo, sorting of livestock, 17 km.

Przewalski horses: Specimens of these last wild horses in the world are grouped on the Méjean causse. In summer, 17km.

The Vautours House : Located in the heart of Gorges de la Jonte, where you can discover and admire wild vultures . from april to october, à 22km.

Interpretation trails: Know the Aigoual forest better, several trails are accessible all year round, the Serreyrède pass, 25 km away.

Mont Aigoual weather forecast: Visit the last mountain meteorological observatory still active in France, at the top of the southern Cévennes. Museum, exhibition and entertainment from May to September, 31 km. Uninterrupted view in good weather.

The spa resort of Bagnols-les-Bains: Situated at the Mount Lozère and the sources of the Lot begins. Sprinkling from the mountain at a constant temperature of 41.5 ° C, the source for care is sulphurated, bicarbonated sodium, rich in fluorine and mineral salts, 76 km.

In the commune of Meyrueis you can discover the Dargilan cave (9km), and in the neighboring villages: Aven Armand (12km), Chaos de Nimes le Vieux (16km), l’Abîme of Bramabiau (at 20km), and the Chaos of Montpellier the Vieux (at 33km).

Cultural activities at 30 km and more

Sainte-Eulalie European buffalo reserve: A reserve that allows Buffalo to live in semi-freedom on two hundred hectares. Living in the wild only in northern Europe, these buffalo were reintroduced into Margeride, 100 km away.

Roquefort : The visit of cellars is possible throughout the year to know more about this famous cheese and its village of origin, to 68 km.

Millau Bridge: This cable-stayed bridge, the result of technological prowess, holds the world record in height and fits perfectly into a natural landscape, 55 km away.

Micropolis : A playful and educational park to discover the insects, 50km.

Le Vallon du Villaret : A nature park, invented by artists, which proposes a poetic adventure by mixing games, art and nature, to 75km.

The Gévaudan Wolves: A natural park of about twenty hectares in which live more than 100 wolves of Siberia, Mongolia, Poland and Canada, at 76km.

Markets: all year round, every Wednesday morning, under the hall. On Wednesdays between June 15 and September 15, the markets take place on Place André Chamson.

A dozen restaurants offer in season a gourmet palette of products of the region.

Meyrueis is ideally situated to visit the following 4 sites :